Because you count as 1 Experience the feeling for Penthouse living! Only 3 suites on the 19th floor with 2 parking stalls, a locker and a wine cellar. Finished with...
View details...

See how I can get you more

Get to know me better

This situation can partly be attributed to an economy that is showing signs of recovery, historically low interest rates, high demand for homes, and increased household savings.

Home buyers and sellers activity reached unprecedented levels across Metro Vancouver in March. The Real Estate Board of Greater Vancouver (REBGV) reports that residential home sales in the region were 126.1 % what they were in March 2020, and 53.2 % more compared to that one in February 2021.

Last month’s sales were the highest monthly sales total ever recorded in the region. While we noticed a record number of listings enter the market last month, at the same time, the demand is so high that it isn’t allowing home inventory to accumulate.

That’s why the overall inventory of homes for sale decreased compared to last year.

The current real estate market situation can partly be attributed to an economy that is showing signs of recovery, historically low-interest rates, high demand for homes, and increased household savings.

It was a strong start for the Canadian economy as real GDP expanded 0.7 percent on a monthly basis in January, which was the ninth consecutive month of positive economic growth. However, total economic activity is still about 3 percent below its pre-COVID-19 level.

With the acceleration of vaccinations, pent-up spending throughout the economy will also be unleashed, driving a strong economic recovery. As a result, we are expecting the Canadian economy to enjoy the 2nd year of very strong growth with the economy expanding by more than 5% this year and about 4.5 % in 2022 (the following figure).

Watch this 3-minutes-long video by the Real Estate Board of Greater Vancouver presenting the resilience of the housing market and its impact on BC’s economy in 2020.

On January 20, the Bank of Canada maintained its overnight rate at 0.25 percent. The Bank projects that it should keep this low rate until slack in the economy is absorbed, which will not probably occur until 2023.

The Bank is also continuing its quantitative easing (QE) program, purchasing at least $4 billion of Government of Canada bonds per week. As a result, the Bank expects the Canadian economy will grow 4 percent in 2021 and 5 percent in 2022.

It is generally believed that as vaccinations accelerate in the coming months, the Canadian economic recovery will gain steam in the second half of 2021. Depending on the strength of the recovery, we may see the Bank taper its purchases of government bonds in 2022, which could put moderate upward pressure on 5-year fixed mortgage rates. However, that still means the current extremely low interest rate environment will be around for quite some

BC Assessment values increased for all property types

Property owners receive their 2021 assessment notices in January, a valuation that reflects the market value as of July 1, 2020. Overall, assessments increased from 5 to 10 percent throughout Greater Vancouver for both detached and strata homes.
Read full post

Watch this short video regarding the most recent housing market update by the BC Real Estate Association Chief Economist, Brendon Ogmundson.

According to the BCREA Chief Economist, Brendon Ogmundson, home sales were unseasonably strong in November with several markets setting records for the month, with demand for the home continues to be strong, and the supply of listings reached near-record lows in several regions of the province, causing home prices rising sharply.

The public health order restricting social gatherings in BC was extended this week to January 8. The mask mandate, in outdoor public spaces, will remain as well with no definite end date.

The provincial government has deemed real estate agents as an essential service during the pandemic. Accordingly, we can still conduct a showing of homes so long as we and our clients wear masks and strictly follow the safety protocols established for our profession to date.

The Bank of Canada maintained its overnight rate at 0.25 percent this morning. The Bank is also continuing its quantitative easing (QE) program, purchasing at least $4 billion of Government of Canada bonds per week and re-affirmed its commitment to holding the policy rate at 0.25 percent until slack in the economy is absorbed.

In the statement accompanying the decision, the Bank noted that the recovery underway will be choppy due to rising cases of COVID-19 and will continue to require extraordinary monetary support from the bank

BC Housing Markets Heat Up as Summer Ends!

According to The British Columbia, Real Estate Association (BCREA) in August 2020 the number of sales showed an increase of 43% from August 2019. Total sales dollar volume in August showed a 61% increase over 2019.

BCREA Chief Economist says while pent-up demand from the spring is driving much of the increase, we anticipate a sustained strong level of sales through the fall.

Watch the following video to view the August 2020 market insights.

"The COVID-19 recession has battered many sectors of the BC economy. However, looking at recent data in the housing market, it would be difficult to tell there was a recession at all.

Why? Because in a typical recession, we would see falling demand and rising supply. But this recession is not a typical one. The reasons are: (1) a surge of pent-up demand into an undersupplied market, and (2) a record low mortgage rate."

By mid-August, public health restrictions had substantially eased across the country and more businesses and workplaces had re-opened.

The great news is that 84% of the headline jobs gain in August was in full-time positions. This follows the surge in part-time jobs in July.

The number of Canadians working from home declined for the fourth consecutive month.

Employment Increased in Most Provinces in August--Led by Ontario and Quebec. Employment rose in most Western British Columbia reported the largest increase up 15,000. 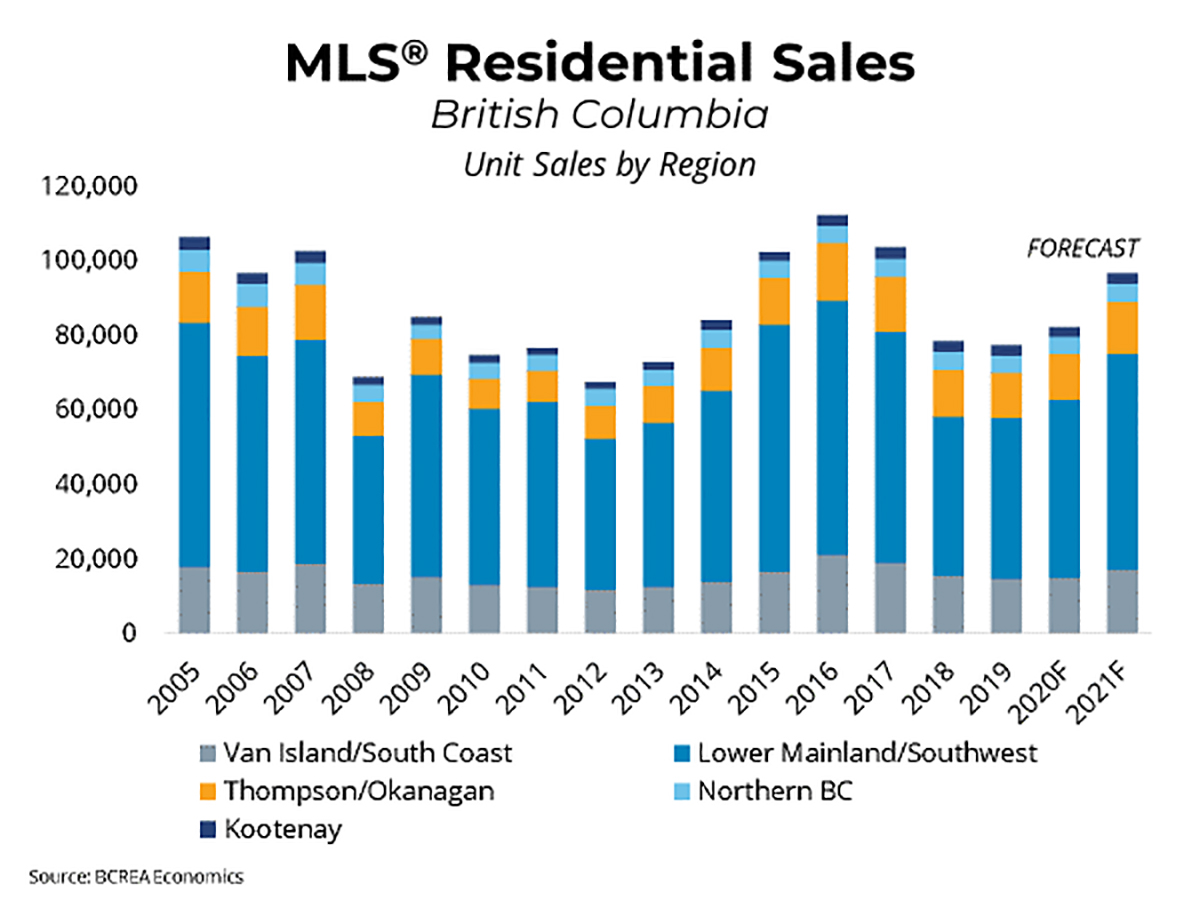 The BCREA Chief Economist believes that the outlook for the BC housing market is much brighter following a surprisingly strong recovery and, aided by record-low mortgage rates and a recovering economy, we expect home sales to sustain this momentum into 2021.

Who opens a new tourist attraction during a pandemic? Meet Canada's most optimistic entrepreneurs 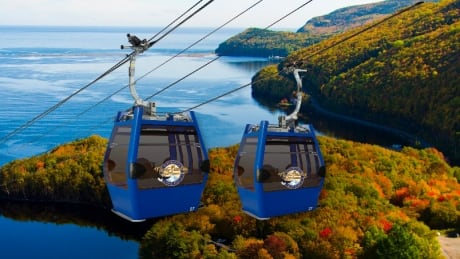 Several Canadian entrepreneurs are plunging ahead to launch new tourist attractions, despite surging COVID-19 cases in some regions. They say they can't press pause on projects started before the pandemic, and are pinning their hopes on vaccinations turning the tide — ideally before summer holiday season.

U.S. safety regulators warned people with kids and pets Saturday to immediately stop using a treadmill made by Peloton after one child died and nearly 40 others were injured. 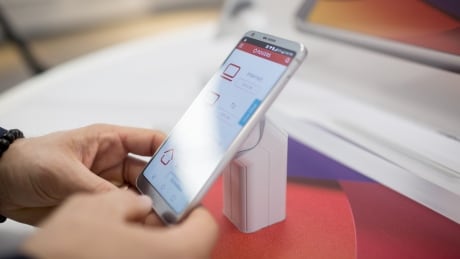 Some telecommunications analysts and consumer advocates say the country's regional wireless and internet carriers will benefit the most from a landmark regulatory ruling Thursday by the CRTC. 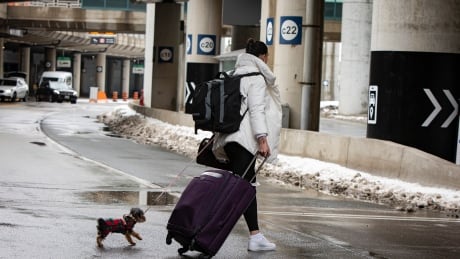 As of March 30, 219 tickets have been issued to air passengers entering Canada who refused to quarantine at a designated hotel. Some travellers say they defied the rules because they felt it was safer to quarantine at home. 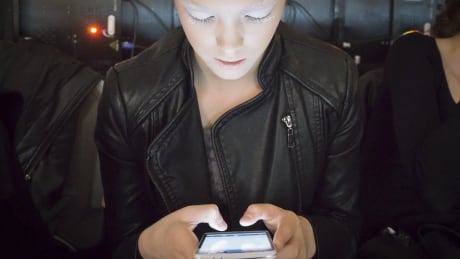 Canada's telecom regulator is opening the door a crack to more wireless competition, by allowing a small number of regional companies to piggyback on the networks of the established players.

Let's discuss your next home sale or purchase, with no obligation.

The data relating to real estate on this website comes in part from the MLS® Reciprocity program of either the Real Estate Board of Greater Vancouver (REBGV), the Fraser Valley Real Estate Board (FVREB) or the Chilliwack and District Real Estate Board (CADREB). Real estate listings held by participating real estate firms are marked with the MLS® logo and detailed information about the listing includes the name of the listing agent. This representation is based in whole or part on data generated by either the REBGV, the FVREB or the CADREB which assumes no responsibility for its accuracy. The materials contained on this page may not be reproduced without the express written consent of either the REBGV, the FVREB or the CADREB.